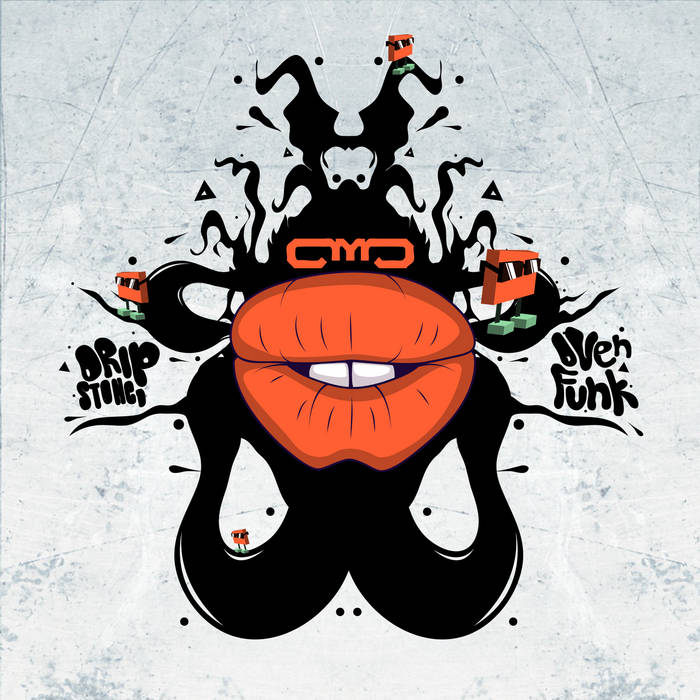 For the highest percentage to go to the artist, please consider purchasing this release from the Addictech.com store directly. -> www.addictech.com/p/133408

Ambrus Deak has been on the scene since the year 2000, with some 80 records since credited to his AMB name. Recently, between headlining shows in Paris, Tel Aviv, and London, and contributing his tweaking of "Ripple" to a recent Opiuo remix EP, the busy Budapest-based producer found the time to deliver yet another tasting of his distinctive glitch-hop style.

The a-side 'Dripstoned' is highly evocative, and slippery as water. Opening with a submerged gamelan percussion sound, a hard hitting beat smothered in snarling subs quickly takes over, joined by some ethnic sounding vocal manipulation. A minute in, the track goes minimal, pared down to the beat, faint percussion, and a spooky lead. The track gradually increases in complexity. The lead evolves, and the background gets filled in with atmosphere. Resetting again at the two minute mark, the track largely moves back to its originating form, fading out with the tinny percussion and reverberant water drops, bringing the track full circle. For those who would rather do without the trippy vocals, an instrumental version of the title track closes the EP.

In between, "Oven Funk" opens on fifty gallon drum percussion, quickly matched by a stumbling, jagged beat that is gated similarly to a beep reminiscent of a heart monitor and a simple organ stab. These pieces climax about a minute and a half in, when everything falls apart to half speed, and lurches up to the sound of a an oven timer hitting its chime. The oven timer chime reappears several times, often to signal significant alterations in the soundscape. With the first chime, a faint pad takes the melodic foreground while the heavy beat constantly churns, while a bit later the chime ushers in the appearance of tweaked Shpongle-like beat-boxing. AMB has command of his aural world and it is obvious. This guy has taste.