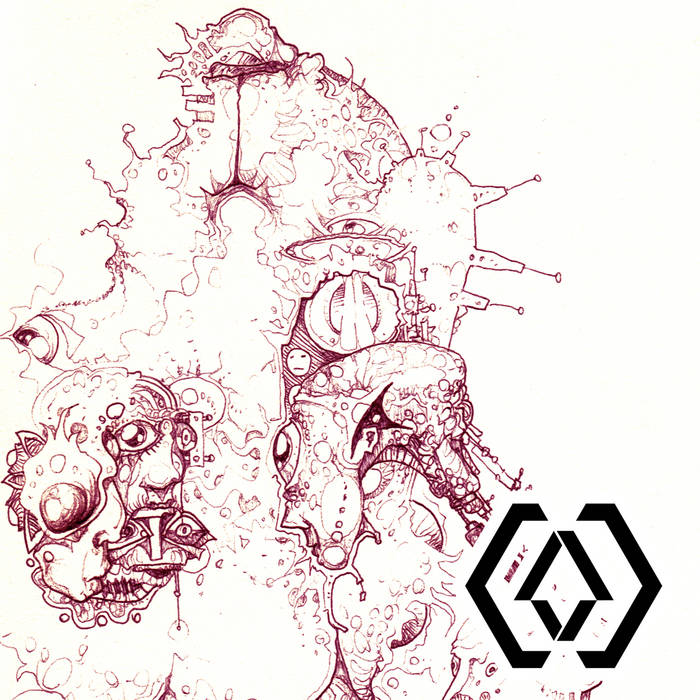 With almost a decade's worth of speaker rumbling releases under his belt, the experience and hard work of Lindsey Green is clearly evident on the Harmonic Crunch EP. His fourth release under the name Audiovoid on Addictech Records follows 2011's The Lucid EP in its exploration of sonically diverse, contemplative IDM grooves, yet the evolution of his skills in the studio since then is all over this EP. These four tracks constitute the most densely and intricately produced works yet released by the California native.

"Not Right" kicks off with a lurching beat laced with light melodic fragments, but takes a turn to the dark side about a minute and a half in, when the drop hammers home a gnarly, gut-busting bassline. This beat is extrapolated on as the track progresses, its associated timbres tastefully tweaked for maximum foot-stomping inspiration. This track's quirky, transforming nature brings to mind Spoonbill if he went gangsta.

The EP's title track showcases Green's increased sophistication in terms of production and arranging. This eight-minute epic starts on an upbeat breaks vibe, with an eerie lead and swirling effects, but devolves into science fiction horror with a heavy, declining metallic bassline, one that ties together some of the tastefully orchestrated field recordings, the reverberant, rain-like static and processed vocal sounds.

With "Blue Dome", pattering percussive sounds give way to a delayed pad, which is quickly supported by a clean kick. After a heavily processed vocal sound, one that returns to mark crucial changes throughout its eight minute running time, the track's primary melody surfaces in the sub-bass, eventually rising to a gnarly lead. As the track progresses, its layers build up, constantly tweaked just shy of mania. By the six-minute mark, it's all-out main stage breaks.

"Laid Back Combat" closes the EP with a rolling downtempo beat. The drum sound here is primarily natural, a clean sampled punch over a liquid deep bass moan, euphoric pads and an ethereal chorus amidst the quivering wood-sprite effects. With this, Harmonic Crunch manages to cover an awful lot of ground in just four tracks. That the EP feels so much longer than it actually is just goes to show you how much meat there is packed into these top-level compositions.