by Bird of Prey 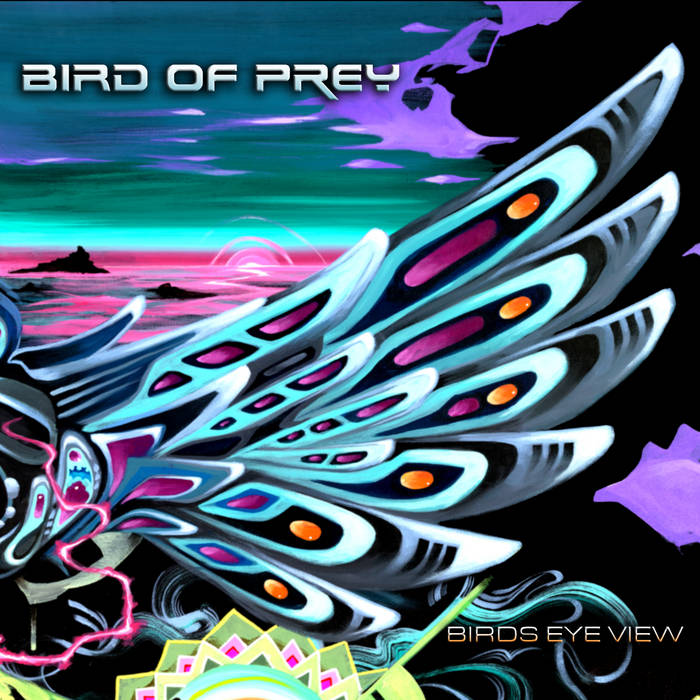 For the highest percentage to go to the artist, please consider purchasing this release from the Addictech.com store directly. -> www.addictech.com/p/128308

There are a couple ways one can approach Birds Eye View. To see it as a career retrospective of sorts, Birds Eye View outlines the dramatic rise of Bay Area producer Torin Goodnight. Pulling influence from trance, glitch, and drum & bass, his style of psychedelic bass music spans across chill psydub, sternum-rattling dubstep, bubbling breakbeat, and beyond. These works are not bound by the confines of any one genre.

Yet, there is purpose here, evident on a listen through this anthology from start to finish. Goodnight is not wandering aimlessly in the woods, nor trying to follow the established paths. He explores the musical landscape with purpose, guided by his internal compass that leads him to his destiny, resistant to the fickle pull of popular trends.

Another viewpoint is to see Birds Eye View as a debut album, similar to the 3 EPs by the Beta Band only more thoughtfully arranged. For this release, Goodnight selected tracks from his 2009 debut Atrium EP, 2010's Subtropic EP, and 2011's Stray Feathers EP, and included the whole of the Dreamcatcher EP from 2010 and the Pathfinder/Metakinetic single from 2011. All of this material has been dynamically remastered specifically for this anthology, mastered with home listening in mind more so than playing out, and sequenced in a flow worthy of a proper debut album. It makes sense, and its quality prevails from the first taste to the last drop.

Although, if this is your introduction to the work of Goodnight, you will have a hard time not playing this stuff out (crank it up!). Every track seems to have its own light, its own overwhelming aura that transcends the boundaries of its own context. These tracks would be as comfortable on any electronic music festival stage between Phutureprimitive and VibeSquad as they would be on a mixtape between Genesis and Ozric Tentacles. Either as a reflection of where he came from or a statement of where he is, Birds Eye View is an epic release that excels on its own merits!