by Birds of Paradise 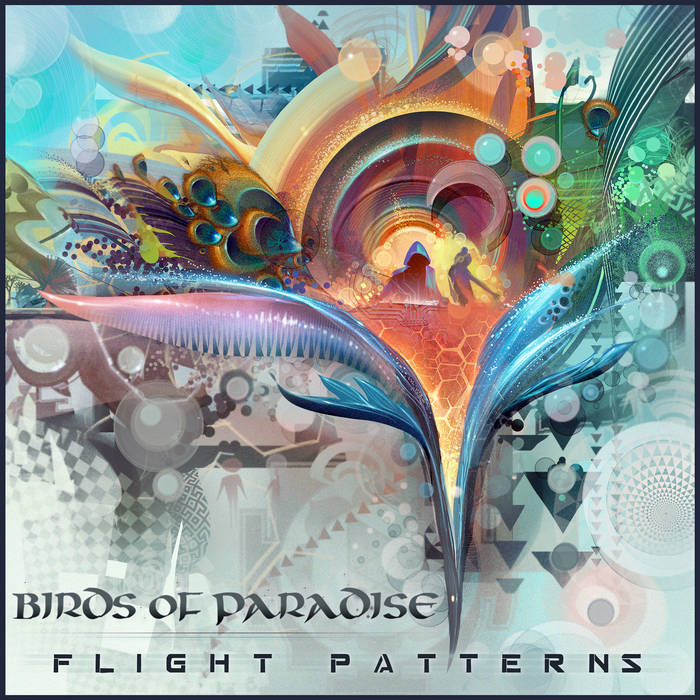 voxel.blue - aka poelzi To put it shortly, best album I know - If you like complex, breaky psychedelic music this is a must have. 11 out of 10

For the highest percentage to go to the artist, please consider purchasing this release from the Addictech.com store directly. -> www.addictech.com/p/138908

In our common world, birds of paradise are tropical birds found in Papua New Guinea, Indonesia, and selectively in the Maluku Islands and eastern Australia. The male of the species, of which there are 41 varieties, is highly coveted for its elaborate plumage, which is used in traditional ornamental dress.

In the realm of psychedelic electronic music, Birds of Paradise is a superstar collaboration between Californian producers Torin Goodnight (a.k.a. Bird of Prey) and Tyler Gibson (a.k.a. GIBSON), two active participants in the manifestation of heaven on earth. Having worked together for nearly three years, devoting countless, unhurried hours to the project, they have perfected their brand of subtropical fusion in full-length form.

'Flight Patterns' hosts ton of brand new compositions, along side several newly remastered tracks. It gathers pretty much the entire Birds of Paradise discography into one, easily consumable package. Their 'Ascended Blasters' EP from 2012 is here, reordered and remastered for that 2013 shine, as well as Enig'matik compilation banger "Urge To Purge."

Altogether, this album is a mystical journey. Precise genres are hard to ascribe, falling somewhere between psybient and shamanic bass in what they describe as subtropical fusion. The studio wizards forge progressive, psychedelic breakbeats as works of main stage perfection, care of a keen ear for crisp production and organic, ethnic percussion and melodic samples.

The album is adorned by the artwork of Android Jones, famed frontrunner of the visionary art movement. The art reflects the layered, fractal nature of the Birds of Paradise sound. From top to bottom, 'Flight Patterns' is a suiting monument to Goodnight and Gibson's creative eccentricity and unwavering dedication to craftsmanship.