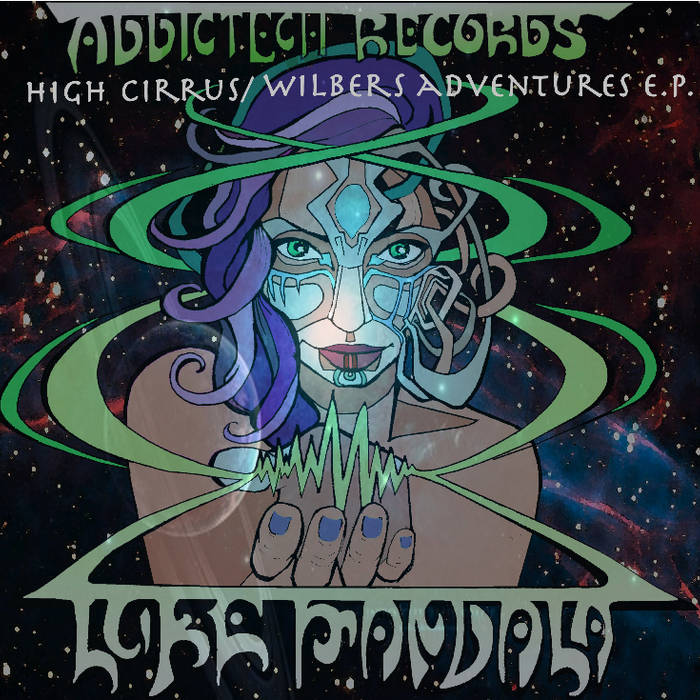 For the highest percentage to go to the artist, please consider purchasing this release from the Addictech.com store directly. -> www.addictech.com/p/94991

Luke Mandala returns to the Addictech Records label with his distinct style of glitch and bass! High Cirrus/Wilber's Adventure is the latest two track release from Luke, slow rollers drenched in low end vibrations. Luke's many years behind the mixer in both his studio, and running large scale soundsystems shines through.

Full frequency but never aggressive, each track hits hard while still maintaining a progressive and appealing approach and intention. Both songs evolve through their stories, inviting you to go deeper inward and get out on the dancefloor with his individual take of West Coast Bass.

Luke has released on many of the world’s biggest labels releasing underground music such as; Booka Shade Records, Definitive Recordings, Baroque Records, Manuel Music, and many many others. Luke’s production has gained plays and/or chartings from high profile DJ’s such as John Aquaviva, Nick Warren, Beltek, Anthony Pappa, and countless others. Luke’s remix of Booka Shade’s “Regenerate” was released on Booka Shade Records and was featured on Anthony Pappa’s cover mount CD of DJ Magazine!